What are The Oldest Fast Food Chains in the United States?

America has established the oldest fast food chains that revolutionized the food industry. People all over the world wish to experience American fast food, even though other countries were way ahead of us in offering food on the go.

You may be aware of some of the oldest fast food chains in America that your ancestors probably dined at. Now, these restaurants offer more items on the menu, higher prices, and home deliveries via apps. Regardless of the changes that time has brought, these fast food chains have kept the essence of American fast food alive.

Let’s look at some of the oldest fast food restaurants in the US to see where they started their journey.

White Castle was the joint venture of Walter Anderson and Edgar Waldo “Billy” Ingram. They founded the restaurant as a fast food chain in 1921, investing only $700 into the business. Americans were skeptical about eating ground beef then, and White Castle’s entire business depended on it. The founders then set out to change general public opinion.

They promoted their stainless steel restaurants with staff wearing clean uniforms for service to invoke the feeling of cleanliness in their potential customers. Needless to say, the first restaurant was a success.

White Castle is now an international brand with restaurants in 13 US states and 2 in China. Their favorite menu item is the small hamburger sliders. Over the century, they have grown their menu by adding delicious items such as Belgian waffle sliders.

The roots of the A&W restaurant chain were planted long before 1923. Roy W. Allen started selling his first root beer in Lodi, California, in 1919. He sold at his beer stand for four years before combining his initial with Frank Wright, as the two started A&W from Allen’s stand.

Frank wasn’t involved in the business for much longer—Allen purchased his stake and franchised the root beer in 1925. Not long after, A&W became a fast food chain—one of the first restaurants to franchise in the US successfully.

A&W now has restaurants across the US and Southeast Asia with menu items like hotdogs, burgers, chicken, fries, onion rings, ice cream treats, and of course, root beer. They now have root beer ice cream floats!

Is there a Difference Between Hardees and Carl’s Junior? We Have the Scoop!

It’s no surprise that KFC is one of the oldest fast food chains in the US. Colonel Sanders transformed the fried chicken fast food menu items for many restaurants after KFC. Before it became a franchise, Sanders served chicken at Sanders Court & Café. He was unhappy with the time it took to prepare each chicken order in his frying pan, but he did not want to deep fry it. 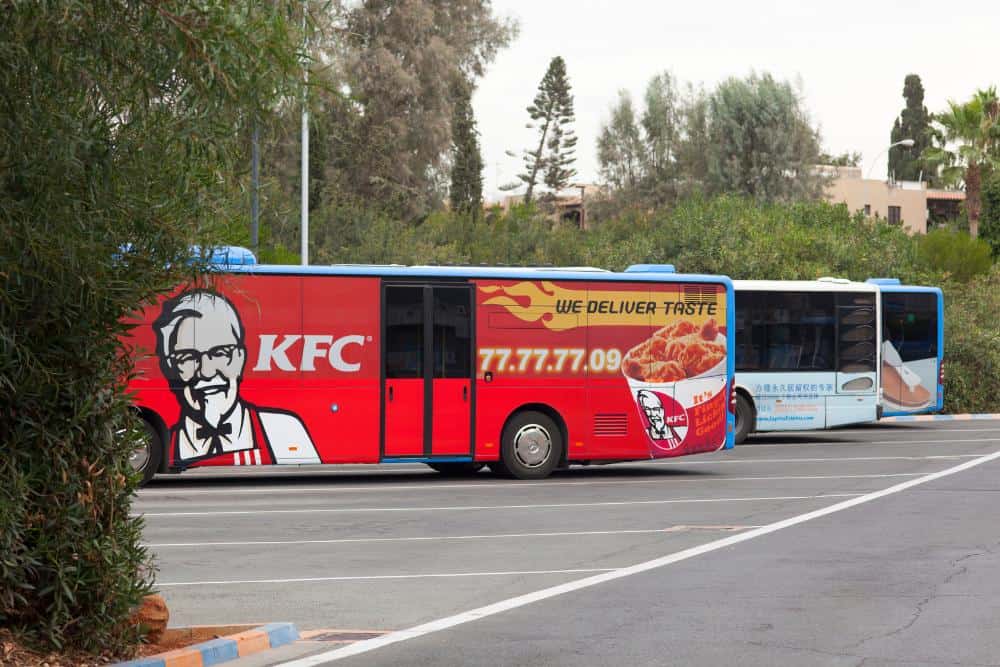 When commercial pressure cookers became available, Sanders modified the product as a pressure fryer and saved himself some cooking time. He also finalized his 11 herbs and spices recipe by 1940, which he never revealed.

Undoubtedly, McDonald’s is the best revenue-generating global fast food chain restaurant. The first McDonald’s was founded in 1940 by the McDonald brothers, eventually expanding the business to incorporate the Speedee Service System for the customers.

It wasn’t a fast food franchise right off the bat. At first, McDonald’s was a drive-in restaurant converted to a hamburger stand in 1953. Within a few years, it was franchised, and Ray Kroc worked aggressively to globalize McDonald’s and drive out the founding brothers.

Regardless of its history, McDonald’s name remains a trademark worldwide. The golden arches not only represent “McDonald’s” but are also associated with fast food everywhere. The franchise serves customers in more than 100 countries with slightly different menus. They are famous for milkshakes, burgers, fries, and the breakfast menu.

Dairy Queen’s first day made remarkable sales for the brand—it’s part of the history of fast food chains. They served more than 1600 offerings of ice cream, but they didn’t sell it in 1940 or in their first store in Joliet, Illinois.

The first time DQ founders sold their soft-serve formula was in 1938 at the local ice cream store of Sherb Noble in Kankakee, Illinois. The store in Joliet, Illinois, remained open for a little over a decade and has remained a city-designated landmark ever since.

DQ has been franchising the brand globally since 1940. It wasn’t just about serving ice cream but about creating a global brand! By 1955, there were 2,600 Dairy Queens in the world!

In-N-Out is one of the oldest fast food chains, but only in the United States. The company decided not to franchise or take over another region from other famous restaurant chains.

In-N-Out restaurants are only in the Southwest and California, with headquarters in Irvine, California. Only seven states in the US have In-N-Out stores. The primary restaurant of In-N-Out was the first hamburger drive-thru stand with a two-way speaker system.

The reason for In-N-Out’s popularity is its ingredients. The restaurant chain uses fresh ingredients with no preservatives or fillers. There are no fancy items on the menu—just the simple and scrumptious burgers, fries, grilled cheese, milkshakes, and soft drinks.

Dunkin’ Donuts is the coffee and doughnut franchise that sold its first donut and coffee in 1950. Fun fact is, the brand wasn’t always “Dunkin’ Donuts.” The founder, Bill Rosenberg, started Open Kettle two years prior to changing the name. His reason for changing it was the preference of blue-collar workers for donuts and coffee. Now, Dunkin’ serves in 42 countries as a multinational franchise. It is one of the largest donut and coffee chains globally, with over 3 million daily customers!

The menus differ based on the location and country of the Dunkin’ Donuts restaurant. Generally, they serve coffee, tea, espresso, breakfast sandwiches, muffins, bagels, and more than 50 flavors of donuts.

Like the In-N-Out restaurant chain, Jack in the Box has not yet franchised out of the US. They only have restaurants in 21 states, populating the west coast with 2200 locations.

The franchise also has a restaurant in Guam, a territory of the US in Micronesia.

Jack in the Box has a unique menu that features America’s standard fast food items with some internationally-themed foods.

You will find burgers, sandwiches, salad, fries, chicken tenders, with tacos and egg rolls. Besides the hamburgers, Jack in the Box serves the best tacos in all locations.

Chain Restaurants That Vanished Across America

Some chain restaurants succeed, while others fail. And some cease to exist entirely. This is the kind of chain eatery we’re interested in! Some of these places existed when you were a kid but are gone today, and some rose and fell before you were born! These are chain restaurants that vanished across America.

The American fast food revolution has created million- and billion-dollar businesses. From burgers and fries to donuts, coffee, and ice cream— fast food chain restaurants do not disappoint their customers in taste or value, no matter their location.

Which of the oldest fast food chains in the United States do you visit most often? Let us know in the comments below!

What Is the Oldest Fast Food Chain Still Open?

White Castle is the oldest fast food chain in the United States. It started with a restaurant in Wichita, Kansas, in 1921. The small square-shaped burgers (sliders) made the restaurant popular all over the country. White Castle is also attributed to inventing hamburger buns.

Who Is Older, White Castle or McDonald’s?

How Much Did a McDonald’s Hamburger Cost in 1948?

The Hamburger of McDonald’s was sold for 15 cents in 1948. It was after the failure of “McDonald’s Bar-B-Q.” The founders reopened their restaurant in 1948 with nine items only. Besides the Hamburger, they sold Cheeseburgers for 19 cents and drinks for 10 cents.

Everything to Know about Mcdonald’s McDouble

Hardee’s vs. Carl’s Jr – Is There a Difference?

“Dairy Queen” by JeepersMedia is licensed under CC BY 2.0.